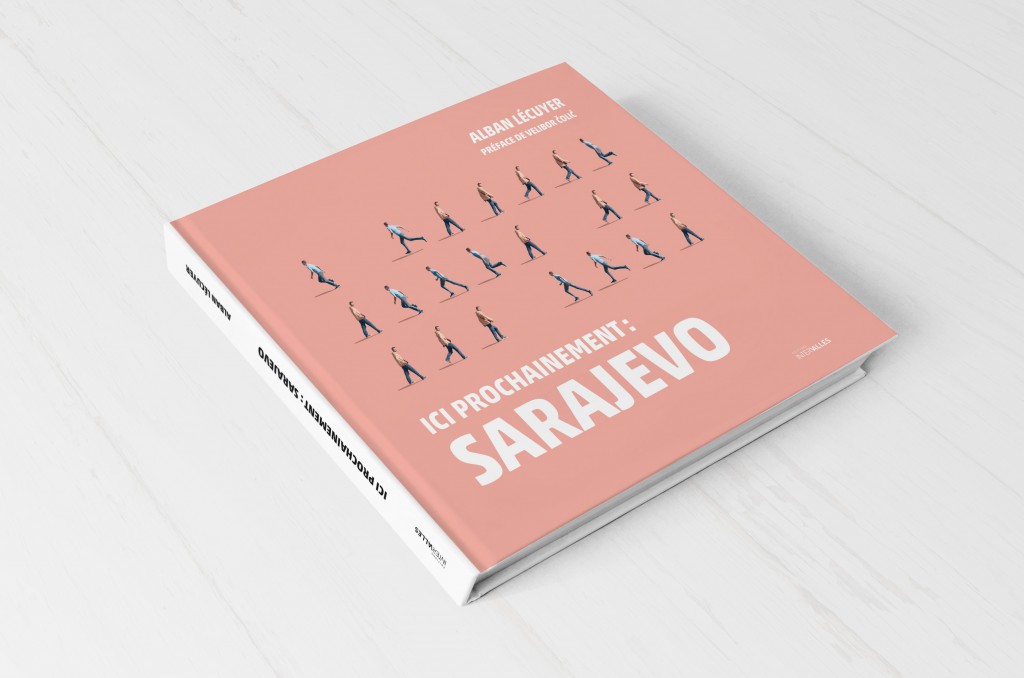 Twenty years on, Sarajevo embodies the issues of contemporary cities with a remarkable intensity: how does one fit into a society deeply marked by fragmentation (into distinct neighborhoods, into ethnic, religious and social groups)? How does one look to the future in a city experiencing great change?
The book Coming Shortly: Sarajevo portrays the city’s slow metamorphosis by extrapolating on the visual vocabulary of architecture: 3D modeling, stock images, projected views, etc. This language, which is traditionally used in the future tense, questions the singular place that Sarajevo holds in the present, somewhere between a vague nostalgia for ex-Yugoslavia and the dreams of a Europe that seems to be slipping away, between the ghosts of a war captured in news photos and the immaculate iconography of architectural projection.