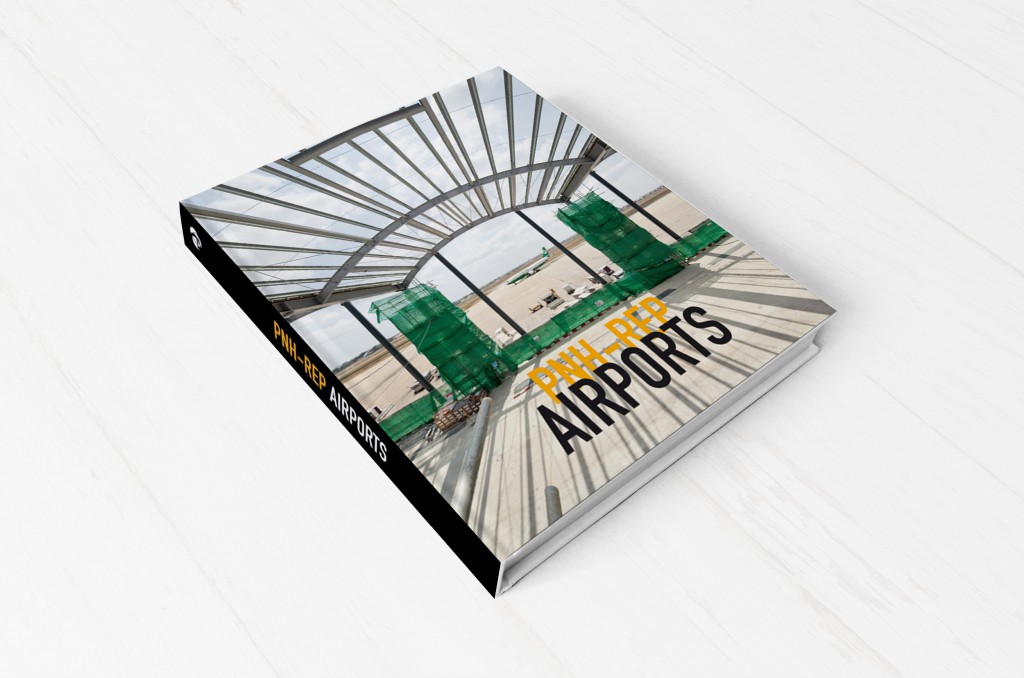 As a stopping off place – from one terminal to another, from one’s daily location to somewhere else – and as a crossing point – crossing: borders, barriers, and time zones – the airport refers to a contemporary mythology of departure, discovery and uprooting. People go through airports or wait in there, leaving each other or meeting again, but they rarely consider the architectural identity of these out-of-time and far-from-downtown areas.

The book PNH-REP Airports looks into the construction sites of Phnom Penh’s and Siem Reap’s airports, through multiple authors’ eyes; students from Studio Images, the photography workshop of the Institut français in Cambodia, and 3 professional photographers: Alban Lécuyer (France), Philong Sovan (Cambodia) and William Ropp (France). This work tackles the topic of architectural spaces – the space that is to be built, and the one that comprises the construction of the new international airport terminals – and portraits. It is based on an approach to immediate archaeology, between existent and non-existent, between the traces of a reality that is about to disappear, and the evidence of a future that emerges from the concrete or metallic shapes of the building site. The visual vocabulary of architectural photography (empty spaces, textures, computer-generated projective views, scale reports) and Fine Art portraits outline a dialogue between Cambodia’s two main airports, both of them being the gateway to two cities that symbolize the fast-changing country.