The Grand Opening of Phnom Penh

The very notion of city had to go.
François Ponchaud, Cambodia: Year Zero

In April 1975, the Khmer Rouge emptied Phnom Penh almost entirely of its inhabitants. Apartment buildings were abandoned and traffic was banned. Public spaces were transformed into farm land: to institute an egalitarian and rural society, Pol Pot’s regime of terror advocated domination of the “new people” by peasants and campaigns on a city regarded as decadent.

Forty years on, The Grand Opening of Phnom Penh series explores parallels between the urbicide of the Cambodian capital – this determination to destroy and refute urban life – and the consequences of current economic development. Real estate developers’ hoardings have replaced communist propaganda. Inhabitants are no longer moved around for ideological reasons but due to pressure from the real estate market. A population working vertically on the towering construction sites of globalization has replaced the horizontal hoards condemned to forced labor in the fields. The city is once again disappearing from sight, hidden behind scaffolding nets and the chaotic web of the electricity network.

At a time when Phnom Penh can finally see its future as an Asian megacity, the symbolic disappearance of the landscape indirectly raises the issue of identity. The identity of a city with an uncertain morphology, in the process of taking shape; the identity of the individual facing the esthetics of a multitude and a saturated field of vision.

This work was produced as part of an art residency at the Institut Français in Cambodia. 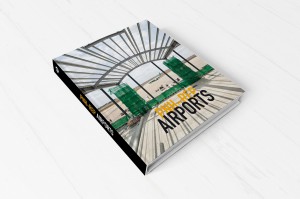